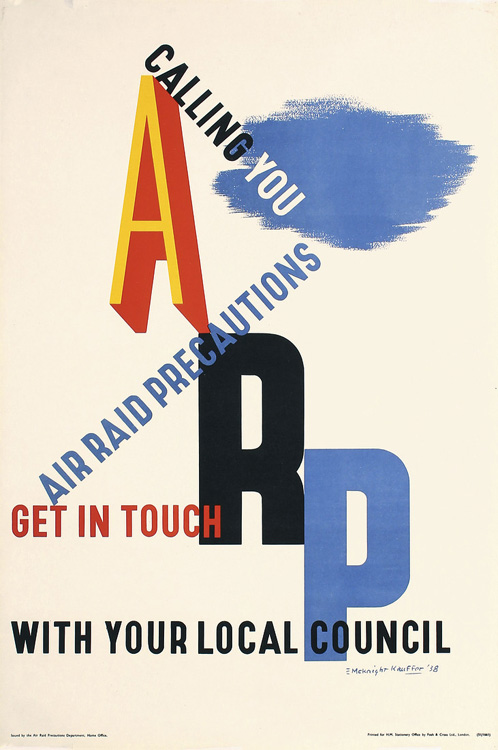 History: Edward McKnight Kauffer born in 1890
On this day in 1890, Edward McKnight Kauffer, one of Britain’s most influential poster artists and graphic designers between the wars, was born in Great Falls, Montana. Kauffer began his professional life as a painter in San Francisco and Chicago before studying in Paris (1913) and moving to London at the outbreak of World War I. Kauffer received his first poster commission for London Underground in 1915 and immediately embraced poster art as a form of visual communication. He designed 141 posters for the Underground and many more for clients like Shell or British Petroleum. His poster works brought the language of modern art to a large public. In 1937, the New York Museum of Modern Art held a one-man show of his work. Kauffer returned to the United States in 1940 where he produced posters for the Greek War Relief and the U.S. Treasury. After the war, he produced a series of posters for American Airlines and the New York Subway. Kauffer passed away in 1954 in New York.
View at https://bit.ly/3CHdqIw
#McKnightKauffer #PosterArt #VintagePoster #VintagePosters #vintage #graphic #graphics #posterconnection #originalposter #vintagefinds https://goo.gl/YC5rQA https://goo.gl/GXcrV8