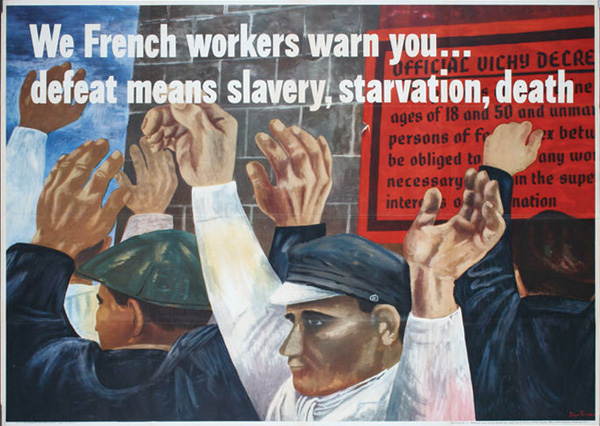 Today in History: Ben Shahn born in 1898
Ben Shahn (September 12, 1898 – March 14, 1969) was an American painter and graphic artist whose work displayed a combination of realism and abstraction, thus addressing various social and political causes. Shahn immigrated with his family to New York City in 1906. In 1913–17 he worked as a lithographer’s apprentice while attending high school at night. He later attended New York University, City College of New York, and the National Academy of Design in New York. During travels to Europe in 1925 and 1927, he saw the works of the Old Masters. In 1933 Shahn enrolled in the New York City Public Works Art Project and executed a series of works on the Prohibition era. From 1935 to 1938 he worked for the Farm Security Administration as an artist and photographer. Shahn and his wife, Bernarda Brysen, executed a series of panels for the lobby of the Bronx post office in New York in 1938–39, a project that took the form of a geographic panorama of American life. Beginning in the mid-1950s, his work became more reflective and less concerned with social criticism. Source: britannica.com
Inquiries about this original, vintage poster at mail@posterconnection.com
Direct link at https://bit.ly/3sYyCWh
#BenShahn #PosterArt #VintagePoster #VintagePosters #vintage #art #paper #graphic #graphics #artoftheday #picofhteday #fun #cool #posterconnection #originalposter #vintagefinds #interiordesign #vintagehome #vintagedecor #graphicdesign #designporn https://goo.gl/YC5rQA https://goo.gl/GXcrV8