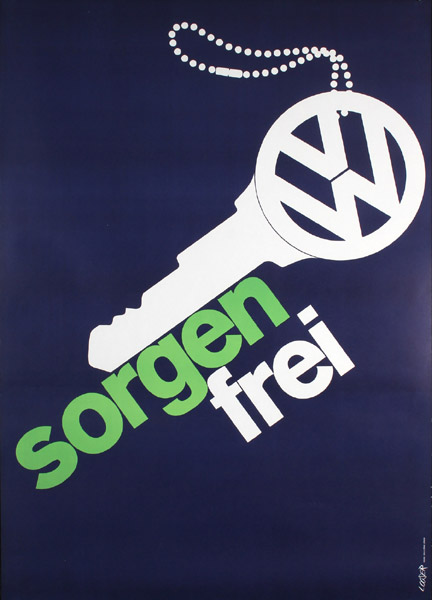 Today in History: Last classic VW Beetle rolls off the line in 2003
On this day in 2003, the last of 21,529,464 Volkswagen Beetles built since World War II rolls off the production line at Volkswagen’s plant in Puebla, Mexico. One of a 3,000-unit final edition, the baby-blue vehicle was sent to a museum in Wolfsburg, Germany, where Volkswagen is headquartered.
The car produced in Puebla that day was the last so-called “classic” VW Beetle whose roots stretch back to the mid-1930s, when the famed Austrian automotive engineer Dr. Ferdinand Porsche met German leader Adolf Hitler’s request for a small, affordable passenger car to satisfy the transportation needs of the German people Hitler called the result the KdF (Kraft-durch-Freude)-Wagen (or “Strength-Through-Joy” car) after a Nazi-led movement ostensibly aimed at helping the working people of Germany; it would later be known by the name Porsche preferred: Volkswagen, or “people’s car.”
The first production-ready Kdf-Wagen debuted at the Berlin Motor Show in 1939; the international press soon dubbed it the “Beetle” for its distinctive rounded shape. During World War II, the factory in Kdf-stat (later renamed Wolfsburg) continued to make Beetles, though it was largely dedicated to production of war vehicles. Production was halted under threat of Allied bombing in August 1944 and did not resume until after the war, under British control. Though VW sales were initially slower in the United States compared with the rest of the world, by 1960 the Beetle was the top-selling import in America, thanks to an iconic ad campaign by the firm Doyle Dane Bernbach. In 1972, the Beetle surpassed the longstanding worldwide production record of 15 million vehicles, set by Ford Motor Company’s legendary Model T between 1908 and 1927. It also became a worldwide cultural icon, featuring prominently in the hit 1969 movie “The Love Bug” (which starred a Beetle named Herbie) and on the cover of the Beatles album “Abbey Road.”
In 1977, however, the Beetle, with its rear-mounted, air-cooled-engine, was banned in America for failing to meet safety and emission standards. Worldwide sales of the car shrank by the late 1970s and by 1988, the classic Beetle was sold only in Mexico. Due to increased competition from other manufacturers of inexpensive compact cars, and a Mexican decision to phase out two-door taxis, Volkswagen decided to discontinue production of the classic bug in 2003. The final count of 21,529,464, incidentally, did not include the original 600 cars built by the Nazis prior to World War II.
http://www.history.com/this-day-in-history/last-classic-vw-beetle-rolls-off-the-line
For inquiries, email posterconnection@gmail.com.
Direct link to poster at https://bit.ly/3zqdjzQ
#VW #Volkswagen #VintagePoster #VintagePosters #vintage #originalposter #poster #posters #design #graphicdesign #art #paper #graphic #graphics #artoftheday #picofhteday #fun #cool #posterconnection #vintagefinds #interiordesign #vintagehome #vintagedecor #designporn https://goo.gl/YC5rQA https://goo.gl/GXcrV8