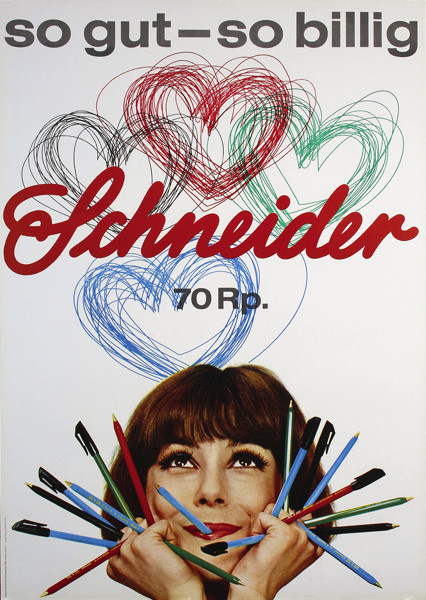 Today in History: The Pen is born in 1943
On this day in 1943, Hungarian-born László Biró received the first patent for the pen. Biró was a journalist who was frustrated with the use of the fountain pen: it took too much time to refill the ink and there seemed to be no way to avoid ink smudges. Biró noticed newspaper inks seemed to dry more quickly, thus rendering the paper stain free, and so he set out to design a pen using the same type of ink. He filed a British patent in 1938 and continued to develop and improve the pen’s design together with his brother György and their friend Juan Jorge Meynin. A new patent for the improved pen was filed in 1943: it was the first real ballpoint pen as we know it today. The pen became an immediate bestseller in the United States after World War II where it was first introduced in the fall of 1945 at a New York department store. Despite its high price of $9, some 10,000 pens were sold within the first week
Inquiries about this original, vintage poster at posterconnection@gmail.com
Direct link to the poster at https://bit.ly/3vak9ql
#Pen #VintagePoster #VintagePosters #vintage #originalposter #poster #posters #design #graphicdesign #art #paper #graphic #graphics #artoftheday #picofhteday #fun #cool #posterconnection #vintagefinds #interiordesign #vintagehome #vintagedecor https://goo.gl/YC5rQA https://goo.gl/GXcrV8