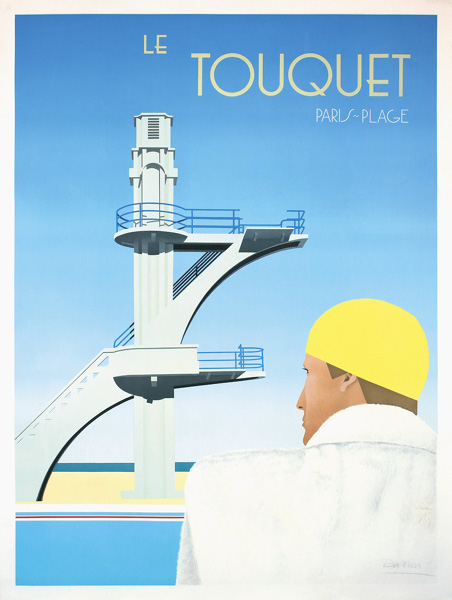 First Indoor Swimming Pool opens in London in 1742
278 years ago today, the world’s first indoor pool – the Bagnio – opened its doors in London. London in the 18th century had a stench all its own, the Thames and Fleet open sewers, the streets still clogged with filth. The poor still used the open waterways of the capital for the pleasure of swimming, though the degree of pleasure to be had from a dip in the Thames at that time is perhaps debatable. Thus it was that the Bagnio, opened on May 28 1742 in Lemon Street, Goodman’s Fields, was a business idea whose time had come. For the subscription of a guinea gentlemen (and only gentlemen, ladies were not to be countenanced) could use the 43-foot long pool, advertised as being warmed and kept fresh every day. As this was indoors the prying eyes of lesser mortals would be kept from the wealthy users – at the price of a guinea, the lower rungs of society were unlikely to be interested in the pool. The facilities of the Bagnio included a cold pool as well as the warmed one, and what were described as waiters were available to teach the art of swimming to those who had not yet mastered it.
Two observations should be made about the Bagnio as an innovation. The first is that the Romans in the first century AD are believed to have had such facilities in Britain – they had already installed a heated pool in Rome in the first half of the century. The second is that Bagno or Bagnio was also a synonym for brothel, so we may speculate on other services available beyond swimming coaching in the Lemon Street establishment. (source: www.information-britain.co.uk)
For inquiries, email posterconnection@gmail.com.
#SwimmingPool #VintagePoster #VintagePosters #vintage #originalposter #poster #posters #design #graphicdesign #art #paper #graphic #graphics #artoftheday #picofhteday #fun #cool #posterconnection #vintagefinds #interiordesign #vintagehome #vintagedecor https://goo.gl/YC5rQA

Today in History: Yosemite Park established in 1890 On this day in 1890, Yosemite National…