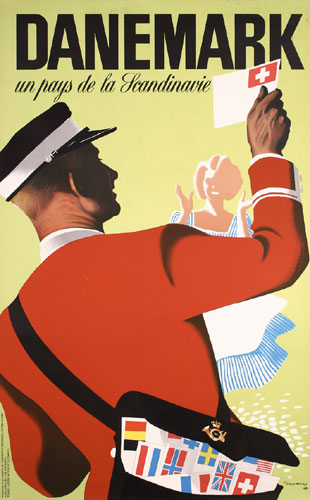 Today in History: U.S. postal system established
On this day in 1775, the U.S. postal system is established by the Second Continental Congress, with Benjamin Franklin as its first postmaster general. Franklin (1706-1790) put in place the foundation for many aspects of today’s mail system. During early colonial times in the 1600s, few American colonists needed to send mail to each other; it was more likely that their correspondence was with letter writers in Britain. Mail deliveries from across the Atlantic were sporadic and could take many months to arrive. There were no post offices in the colonies, so mail was typically left at inns and taverns. In 1753, Benjamin Franklin, who had been postmaster of Philadelphia, became one of two joint postmasters general for the colonies. He made numerous improvements to the mail system, including setting up new, more efficient colonial routes and cutting delivery time in half between Philadelphia and New York by having the weekly mail wagon travel both day and night via relay teams. Franklin also debuted the first rate chart, which standardized delivery costs based on distance and weight. In 1774, the British fired Franklin from his postmaster job because of his revolutionary activities. However, the following year, he was appointed postmaster general of the United Colonies by the Continental Congress. Franklin held the job until late in 1776, when he was sent to France as a diplomat. He left a vastly improved mail system, with routes from Florida to Maine and regular service between the colonies and Britain. President George Washington appointed Samuel Osgood, a former Massachusetts congressman, as the first postmaster general of the American nation under the new U.S. Constitution in 1789. At the time, there were approximately 75 post offices in the country.
Today, the United States has over 40,000 post offices and the postal service delivers 212 billion pieces of mail each year to over 144 million homes and businesses in the United States, Puerto Rico, Guam, the American Virgin Islands, and American Samoa. The postal service is the nation’s largest civilian employer, with over 700,000 career workers, who handle more than 44 percent of the world’s cards and letters. The postal service is a not-for-profit, self-supporting agency that covers its expenses through postage (stamp use in the United States started in 1847) and related products. The postal service gets the mail delivered, rain or shine, using everything from planes to mules. However, it’s not cheap: The U.S. Postal Service says that when fuel costs go up by just one penny, its own costs rise by $8 million.
http://www.history.com/this-day-in-history/u-s-postal-system-established
For inquiries, email posterconnection@gmail.com.
#USPS #Post #VintagePoster #VintagePosters #vintage #originalposter #poster #posters #design #graphicdesign #art #paper #graphic #graphics #artoftheday #picofhteday #fun #cool #posterconnection #vintagefinds #interiordesign #vintagehome #vintagedecor #designporn https://goo.gl/YC5rQA https://goo.gl/GXcrV8

Today in History: KLM formed in 1919 The official airline of the Netherlands, Koninklijke Luchtvaart…

Today in History: Air France formed in 1933 The French airline was formed on this…

Today in History: La Moulin Rouge opened its doors in 1889

Today in History: La Moulin Rouge opened its doors in 1889 On this day in…