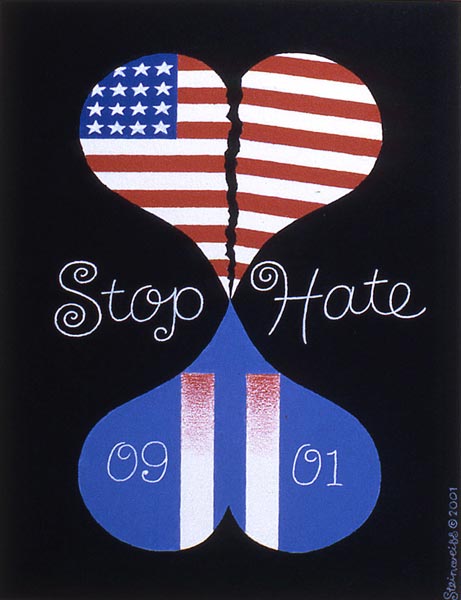 History: Today is the 17th anniversary of 9/11
On the morning of September 11, a series of 4 coordinated suicide attacks were carried out by the terrorist group, Al Qaeda. 19 militants hijacked 4 California bound airplanes from East Coast cities in the US and used the planes to target major American landmarks. Two planes were crashed into the two towers of the World Trade Center, which caused them to collapse within two hours of being struck. One plane was crashed into the Pentagon building while the fourth plane, thought to be bound towards Washington DC, crashed in a field in Pennsylvania after passengers tried to fight back against the hijackers. The attacks claimed the lives of about 3,000 people and destroyed property worth billions of dollars. The attack was the precursor to the War Against Terror and the War in Afghanistan. Source: timeanddate.com.
Design by Alex Steinweiss, 2001.
#911 #PosterArt #VintagePoster #VintagePosters #vintage #art #paper #graphic #graphics https://goo.gl/YC5rQA https://goo.gl/GXcrV8