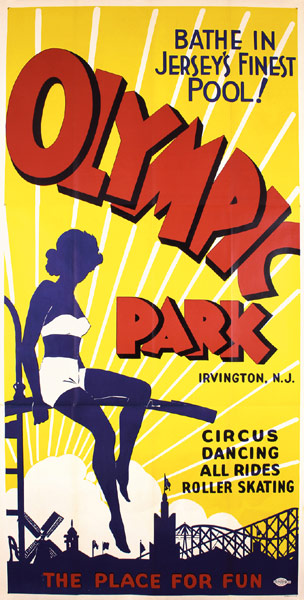 Today in History: First Roller Coaster in USA opens in 1884
On this day in 1884, the first roller coaster in America opens at Coney Island, in Brooklyn, New York. Known as a switchback railway, it was the brainchild of LaMarcus Thompson, traveled approximately six miles per hour and cost a nickel to ride. The new entertainment was an instant success and by the turn of the century there were hundreds of roller coasters around the country.
Coney Island, a name believed to have come from the Dutch Konijn Eilandt, or Rabbit Island, is a tract of land along the Atlantic Ocean discovered by explorer Henry Hudson in 1609. The first hotel opened at Coney Island in 1829 and by the post-Civil War years, the area was an established resort with theaters, restaurants and a race track. Between 1897 and 1904, three amusement parks sprang up at Coney Island–Dreamland, Luna Park and Steeplechase. By the 1920s, Coney Island was reachable by subway and summer crowds of a million people a day flocked there for rides, games, sideshows, the beach and the two-and-a-half-mile boardwalk, completed in 1923.
The hot dog is said to have been invented at Coney Island in 1867 by Charles Feltman. In 1916, a nickel hot dog stand called Nathan’s was opened by a former Feltman employee and went on to become a Coney Island institution and international franchise. Today, Nathan’s is famous not only for its hot dogs but its hot dog-eating contest, held each Fourth of July in Coney Island. In 2006, Takeru Kobayashi set a new record when he ate 53.75 hot dogs with buns in 12 minutes.
Roller coasters and amusement parks experienced a decline during the Great Depression and World War II, when Americans had less cash to spend on entertainment. Finally, in 1955, the opening of Disneyland in Anaheim, California, signaled the advent of the modern theme park and a rebirth of the roller coaster. Disneyland’s success sparked a wave of new parks and coasters. By the 1970s, parks were competing to create the most thrilling rides. In 2005, Six Flags Great Adventure in Jackson, New Jersey, introduced the Kingda Ka roller coaster, the world’s tallest (at 456 feet) and fastest (at 128 mph).
By the mid-1960s, the major amusement parks at Coney Island had shut down and the area acquired a seedy image. Nevertheless, Coney Island remains a tourist attraction and home to the Cyclone, a wooden coaster that made its debut there in 1927. Capable of speeds of 60 mph and with an 85-foot drop, the Cyclone is one of the country’s oldest coasters in operation today. Though a real-estate developer recently announced the building of a new $1.5 billion year-round resort at Coney Island that will include a 4,000-foot-long roller coaster, an indoor water park and a multi-level carousel, the Cyclone’s owners have said they plan to keep the historic coaster open for business. Source: history.com.
Inquiries about this original, vintage poster at posters@posterconnection.com
#RollerCoasters #VintagePoster #VintagePosters #vintage #originalposter #poster #posters #design #graphicdesign #art #paper #graphic #graphics #artoftheday #picofhteday #fun #cool #posterconnection #vintagefinds #interiordesign #vintagehome #vintagedecor #designporn https://goo.gl/YC5rQA https://goo.gl/GXcrV8