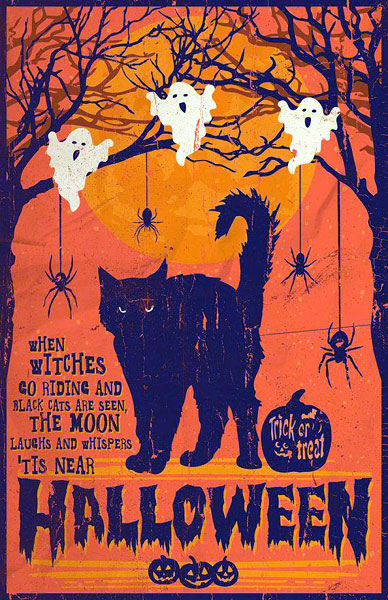 Happy Halloween!
Halloween, or All Hallow’s Eve, can be traced back to an ancient Celtic pagan festival called “Samhain,” which was celebrated over 2,000 years ago. The Celtic calendar began on November 1, and the Celts believed that as the old year faded and the new year emerged, the boundaries between the living and the dead became unstable. On the night of October 31, the spirits of the deceased could walk the earth and provoke sickness or damage crops. To combat these evil spirits and ward off wandering ghosts, the Celts built huge bonfires, left bowls of food outside their homes, and wore costumes and masks. Although there are still plenty of ghosts and ghouls, Halloween has evolved into a secular, family-friendly event. One quarter of all the candy sold in the United States is purchased for Halloween, and over 40 million children trick-or-treat in their neighborhood each year.
source: punchline.com