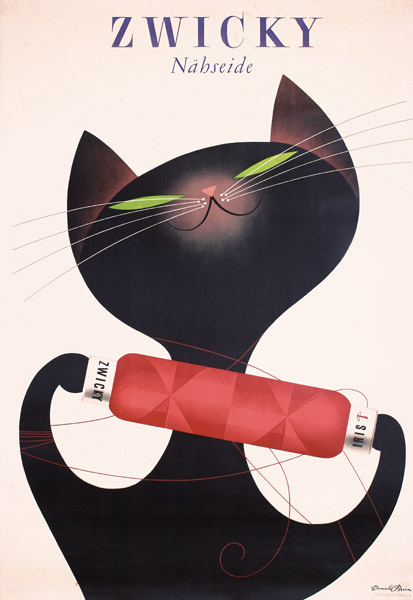 Today is National Cat Day
National Cat Day was initiated by Pet Lifestyle Expert and Animal Welfare Advocate, Colleen Paige, in 2005 to make the the public recognize the enormous number of cats that need rescuing. They were first domesticated in the Middle East’s Fertile Crescent as early as 12,000 years ago. When humans relied on hunting as their main source of food, dogs were most useful – but when the first agricultural societies emerged, cats became invaluable. Domesticated cats became responsible for keeping grain stores free of mice and other rodents. Today, cats can be found in 34% of American households, making them the most popular house pet in the United States.
Inquiries about this original, vintage poster at posters@posterconnection.com