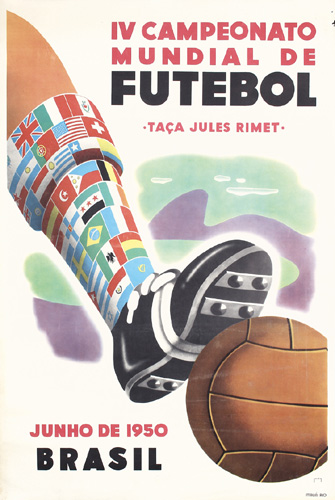 Today in History: Soccer legend Pelé turns 77 !
Happy Birthday to Brazilian soccer legend, Pelé, born Edson Arantes do Nascimento on October 23, 1940. Considered by many to be the greatest soccer player of all time, Pelé became a star at the age of 17 with his performance in the 1958 World Cup. Pelé played professional soccer in Brazil for two decades and was a member of three Brazilian World Cup teams. He was been named FIFA co-Player of the Century in 1999 and continues to serve as a global ambassador for soccer and other humanitarian causes.
Inquiries about this original, vintage poster at posters@posterconnection.com