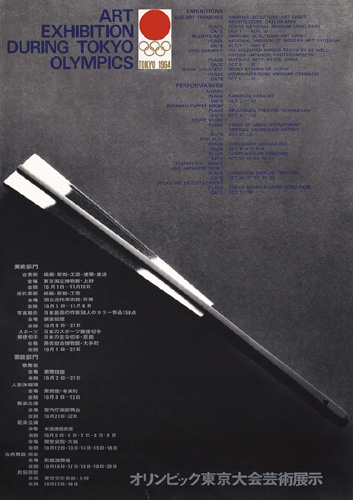 Today in History: First Olympic Games in Asia in 1964
53 Years ago today, the 18th modern Olympic Games opened in Tokyo. It was the first time that the Games were hosted by an Asian country. Tokyo was originally scheduled to hold the Games in 1940 but after Japan’s invasion on China, the honor was passed on to Helsinki and the event was ultimately canceled because of World War II. The 1964 Games were the first to be telecast live internationally. The “Summer Games” were scheduled for mid-October to avoid both the typhoon season (September) as well as Tokyo’s mid-summer heat and humidity. 93 nations participated, 16 of which made their first Olympic appearance.
Inquiries about this original, vintage poster at posters@posterconnection.com