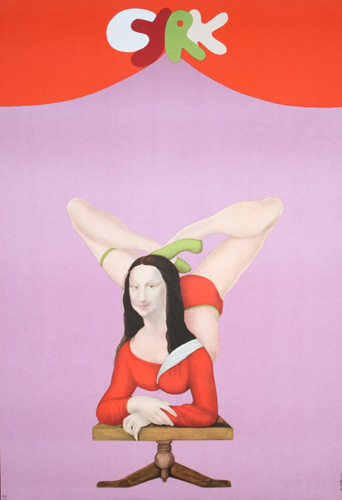 Mona Lisa shown at Castle Clos Lucé in 1517
500 years ago today, Leonardo da Vinci allegedly presented his Mona Lisa to King Francis I of France. Da Vinci was invited to work at King’s castle in 1516 and it is believed that he took the Mona Lisa (and several other works) with him where he continued to make refinements to his masterpiece before presenting it to the King. The Mona Lisa was acquired by King Francis at the time and is now property of the French Republic. It is likely the most visited, most written and talked about, and possibly even the most valuable painting in the world. It has been on permanent display at the Louvre in Paris since 1797.
Inquiries about this original, vintage poster at posters@posterconnection.com