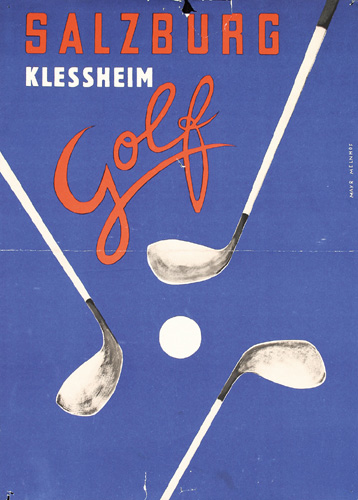 Today is National Golf (Lover’s) Day!
The modern game of golf originated in 15th century Scotland. Its earliest origins, however, are unclear. The world’s oldest golf tournament is The Open Championship which was first played in October of 1860 in Ayrshire, Scotland. Golf came to the United States in the second half of the 18th century. Today, there are over 10,000 American golf clubs.
Inquiries about this original poster at posters@posterconnection.com