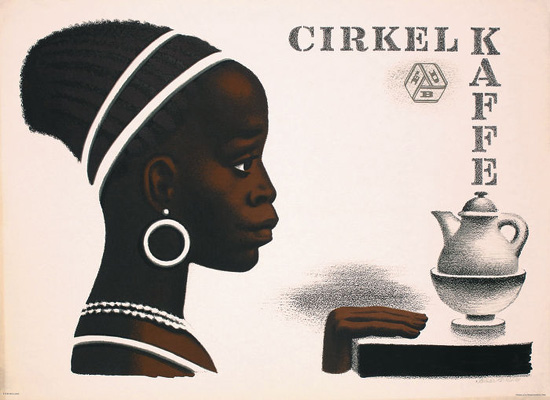 Today is National Coffee Day!
Are you one of the millions who will celebrate? There are number of local and national businesses offering free or discounted cups of coffee to celebrate Coffee Day. Some businesses will even celebrate National Coffee Day by donating proceeds to nonprofit and charity groups. So, where did coffee come from and why is it so popular? According to legend, a sixth-century Ethiopian goatherd named Kaldi discovered his goats frolicking from one coffee shrub to another. He realized the coffee berries had a stimulating effect, and he began to experiment with the seeds. A century later, brewed coffee emerged in Arabia and the popularity of coffee grew at an exponential rate. Today, over 400 billion cups of coffee are consumed each year. It is a world commodity that is second only to oil. Don’t forget to take a coffee break (or two) to celebrate this historical and important beverage!
Source: www.punchbowl.com
Inquiries about this original, vintage poster at posters@posterconnection.com