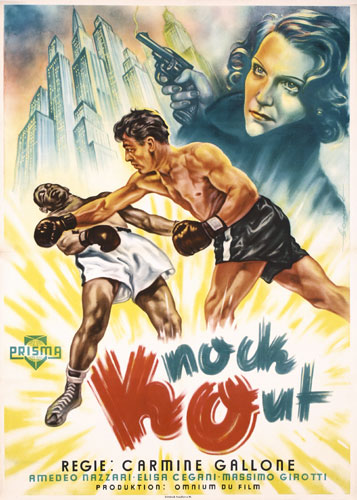 Today in History: Max Schmeling born in 1905
112 years ago today, German boxing legend Maximillian Schmeling was born. As the European heavyweight boxing champion, Schmeling came to the USA in 1928 and quickly became a sensation when he won the world title after defeating Johnny Risko and Jack Sharkey in 1930. In 1936, Schmeling scored a major upset by defeating the invincible Joe Louis. Louis won the rematch in 1938. Both fights became worldwide cultural events in light of the fighters’ national associations. Schmeling and Louis became good friends after the war until Louis passed away in 1981. Schmeling died at age 99 in 2005. Long after World War II, it was revealed that Schmeling had risked his own life in November of 1938 during the Reichskristallnacht when he saved the lives of two young Jewish brothers. It is said that Schmeling never talked about his heroic act.
Inquiries about this original, vintage poster at posters@posterconnection.com