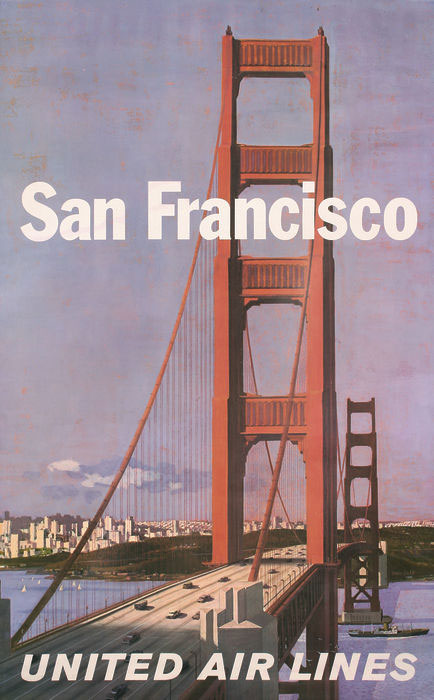 Today in History: Golden Gate Bridge opens in 1937
79 years ago today, on the opening day of the Golden Gate Bridge, some 200,000 pedestrians appeared to cross the bay between San Francisco and Marin County. A day later, the bridge opened to traffic. With a total length of 8,981 ft. (2,737 m), the Golden Gate Bridge remained the largest suspension bridge in the world until 1964. First ideas and drafts of the project started circulating at the end of the 19th century but no one thought the project financially and technically feasible. Today, the bridge is considered to be one of the Wonders of the Modern World. Frommers travel guide called it ” possibly the most beautiful, certainly the most photographed, bridge in the world.”
‪#‎GoldenGateBridge‬ ‪#‎GoldenGate‬ ‪#‎SanFrancisco‬ ‪#‎VintagePosters‬ ‪#Vintage #Poster #VintagePosters #VintagePoster https://goo.gl/YC5rQA  https://goo.gl/GXcrV8