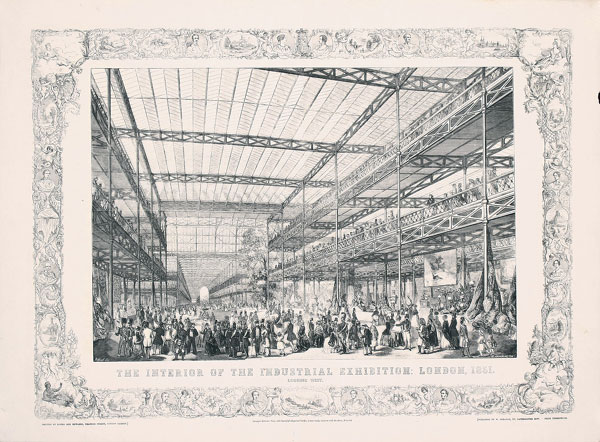 Today in History: First World’s Fair opens in London
On May 1, 1851, Great Britain’s Prince Albert opened the first World’s Fair – then referred to as the Great Exhibition – in Hyde Park, London. The idea for an international fair was advanced by Sir Henry Cole who was so impressed by his visit to the French National Exhibition of 1849 that he wanted to raise the idea to a large scale fair with global participation. Industrial fairs in France had been a strong French national tradition since 1798 and gave an important impulse to the industrial progress. At the center of the 1851 Expo was a giant glass-and-iron hall designed by Sir Joseph Paxton, the Crystal Palace. Inside, more than 10,000 exhibitors set up 12 kilometers / eight miles of tables presenting goods from around the world, incl. the latest kitchen appliances, silks and machinery. Originally constructed to be a temporary structure, the Chrystal Palace was dismantled in 1854 and then resurrected in an area of South London. The Palace survived until 1936 when it was destroyed in a fire. The London Fair welcomed 6 million visitors between May and October and was a huge success.
#London #WorldsFair #Vintage #Poster #VintagePosters #VintagePoster https://goo.gl/YC5rQA  https://goo.gl/GXcrV8