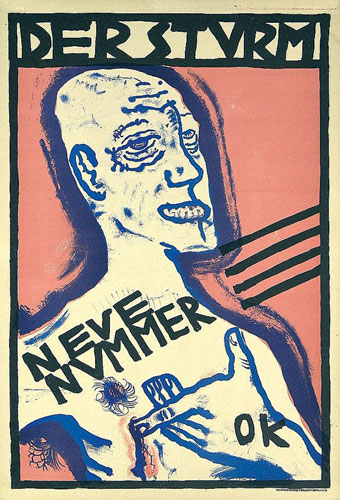 Today in History: Oskar Kokoschka born in 1886
130 years ago today, Austrian painter, graphic artist and writer, Oskar Kokoschka, was born. Kokoschka attended the Vienna School of Arts and Crafts. His early works were influenced by Art Nouveau. Kokoschka volunteered to serve as a cavalryman in the Austrian Army in World War I and was seriously wounded in 1915. He became a professor at the Art Academy in Dresden. Kokoschka continued his career as an artist by travelling across Europe painting expressionistic landscapes and portraits. When denounced as a “degenerate artist” by the Nazis, Kokoschka fled to Prague (1934) and later to London (1938). After the war, he settled in Switzerland. He died in Montreux in 1980. Oskar Kokoschka is considered to be one of the most important artists of the 20th century.