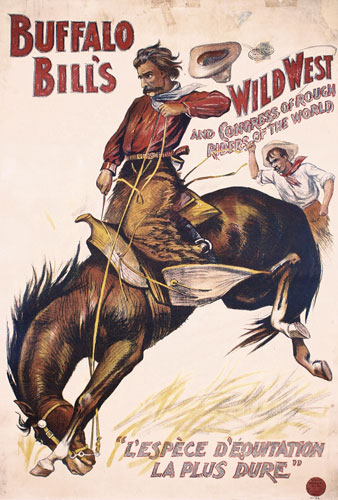 Today in History: Buffalo Bill born in 1846
170 years ago today, American scout, officer and showman William Frederick “Buffalo Bill” Cody was born in Iowa. Young William started working at the age of eleven. At the age of 14, he became a rider for the “Pony Express,” the postal service between St. Joseph, Missouri, and Sacramento, California. During the American Civil War, Cody served as an army scout for the Union. After the war, he became a contractor to supply buffalo meat to Kansas Pacific Railroad workers where he got his nickname, Buffalo Bill. It is said that Cody killed over 4000 bison (buffalo) in 18 months (1867-1868). From 1868 to 1872, Cody served as a U.S. Army scout during in the Indian Wars before he started performing in Wild West shows. In 1883, he founded his troupe “Buffalo Bill’s Wild West,” a circus-like attraction that would tour the United States and Europe for the next 23 years. Cody died on January 17, 1917.