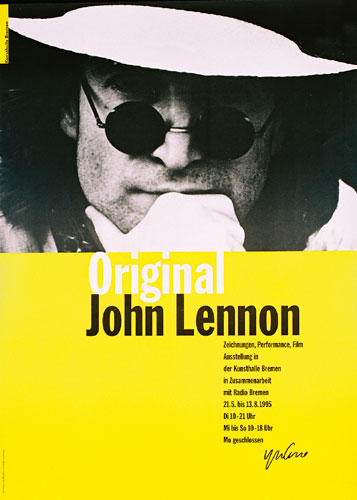 Today in History: John Lennon killed in 1980
25 years ago today, the death of English musician, songwriter and front man of the Beatles, John Lennon, sparked worldwide shock and sadness: on December 8, 1980 John Lennon was fatally shot by a deranged fan in front of his apartment complex in New York City. Together with Paul McCartney, John Lennon formed the most successful songwriting partnership in musical history. Lennon left the Beatles in 1969 and later produced albums with his wife, Yoko Ono, among others. After a 5 year break from music, Lennon had just returned to the recording studio in 1980. Tragically, only a few weeks after the release of his new album Double Fantasy, he was shot and killed.
#JohnLennon #VintagePosters https://goo.gl/YC5rQA  https://goo.gl/GXcrV8