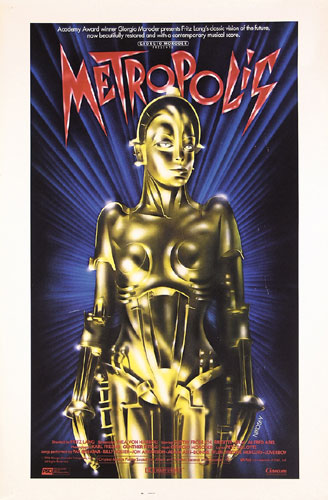 Today in History: Fritz Lang born in 1890
125 years ago today, the ground-breaking film director and screenwriter Friedrich Christian Anton “Fritz” Lang was born in Vienna. In the 1920s, Lang made film history with silent movies like “Nibelungen” (1924) and “Metropolis” (1926). His film “M” (1931) is considered a precursor to the fim noir genre. In his famous and much-quoted masterpiece “Metropolis” he drew the dark future vision of a world in which the proletariat was sering the machines in an impersonal world city. Fritz Lang emigrated to the USA in 1933 and together with Bertolt Brecht directed the movie “Hangmen Also Die” (1942), directed against the Nazi regime in Germany. In 1963 he was awarded the German Film Award and in 1966 the Federal Cross of Merit. Land died in 1976.
#FritzLang #VintagePosters https://goo.gl/YC5rQA  https://goo.gl/GXcrV8