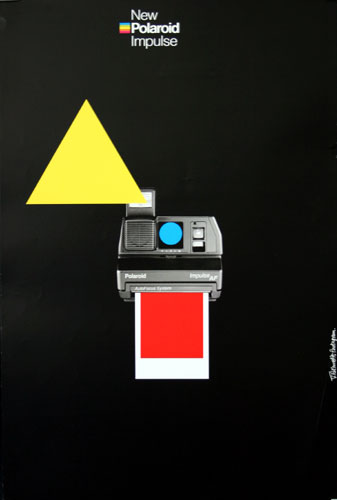 Today in History: First Polaroid Camera unveiled in 1948
67 years ago today, the first consumer-friendly, commercial instant camera was introduced to the American market. Polaroid’s model 95 Land Camera was developed by Edwin Land. The American scientist got his idea while vacationing in Mexico in 1944 when he introduced his daughter Jennifer to the basic principles of photography. Inspired by his daughter’s question why the images taken with the camera could not be seen immediately, Land spent his remaining vacation working on a preliminary design and concept for an instant camera. In November 1947, the businessman presented his new invention at the annual meeting of the “American Optical Society.” Although dismissed by most of his peers as a gimmick, the first Polaroid camera hit the market only one year later. By 1956, Polaroid had sold one million instant cameras. Today, that number has grown to over 165 million.
#Polaroid #VintagePosters https://goo.gl/YC5rQA  https://goo.gl/GXcrV8