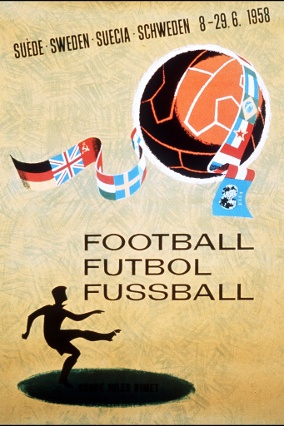 Happy Birthday to Brazilian soccer legend, Pelé, born Edson Arantes do Nascimento on October 23, 1940. Considered by many to be the greatest soccer player of all time, Pelé became a star at the age of 17 with his performance in the 1958 World Cup. Pelé played professional soccer in Brazil for two decades and was a member of three Brazilian World Cup teams. He was been named FIFA co-Player of the Century in 1999 and continues to serve as a global ambassador for soccer and other humanitarian causes.
#Pele #VintagePoster #VintagePosters https://goo.gl/YC5rQA https://goo.gl/GXcrV8

History: Millions marvel at total eclipse On this day in 1999, up to 350 million…