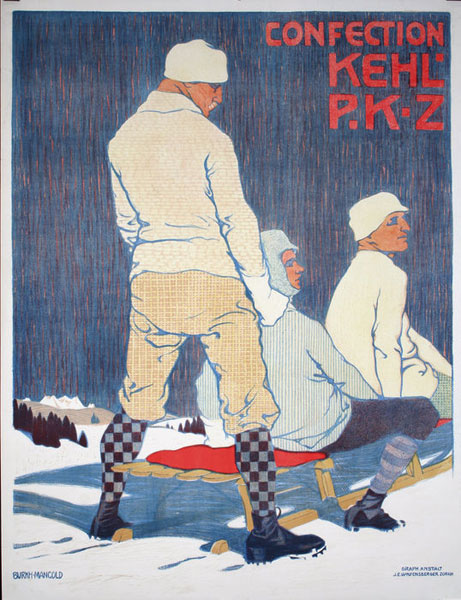 Today in History: Burkhard Mangold born in 1873
The Swiss artist was born 138 years ago today in Basel, Switzerland. Mangold worked as a designer, glass painter and poster artist. He initially studied and worked as a painter in Basel (1890-1893) before traveling to Paris (1894) and moving to Munich (1894-1900) where his work became influenced by the contemporary German art nouveau poster style. After returning to Basel (1900), Mangold won a poster competition for a Swiss singing festival in 1905.Most of the artist’s poster works stem from the periosd between 1900 and 1917. Burkhard Mangold is considered to be a leading contributor to the development of graphic arts and the Swiss poster around the turn of the century. He died in Basel in 1950.
#Mangold #SwissPoster #VintagePoster #VintagePosters https://goo.gl/YC5rQA https://goo.gl/GXcrV8