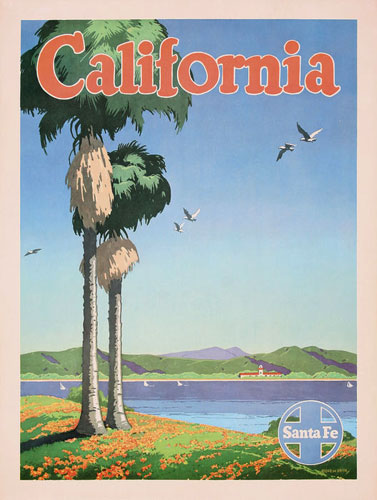 Today in History: California 31st state of the United States in 1850
California had been only part of the United States territory for two years (following the Mexican-American War) when it was admitted to the Union as the 31st state of the United States on September 9, 1850. The second largest state at the time (until the admission of Alaska), California is currently the most populous U.S. state. Blessed with beautiful beaches, mountains, and stunning scenery, it is home to Yosemite National Park, the world class city of San Francisco and tourist sensations ranging from the Golden Gate to Disneyland.
#California #SanFrancico #VintagePoster #VintagePosters https://goo.gl/YC5rQA https://goo.gl/GXcrV8