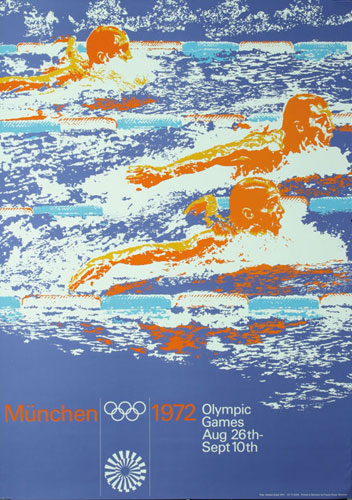 Today in History: Mark Spitz wins 7th Gold in 1972
43 years ago today, U.S. swimmer legend Mark Spitz won his 7th gold medal at the 1972 Summer Olympics in Munich, Germany. He earned the gold when Spitz and his team set a new world record in the 400-meter medley relay. Spitz also set new world records in the six other events in which he won the gold. At the time, no other athlete had won so many gold medals at a single Olympiad, a record that would stand until Michael Phelps took home 8 gold medals at the 2012 Beijing Games.
#MarkSpitz #Olympics #VintagePoster #VintagePosters https://goo.gl/YC5rQA https://goo.gl/GXcrV8