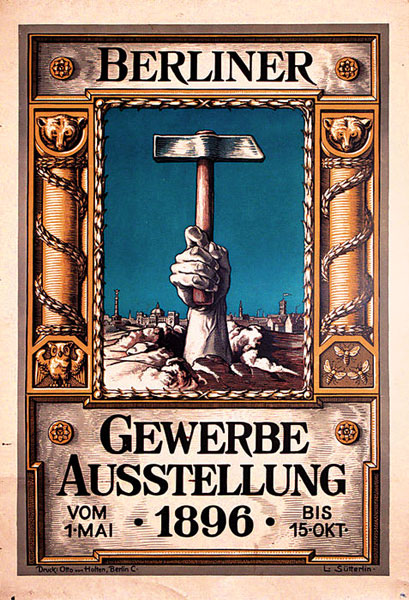 150 years ago today, German graphic designer Ludwig Sütterlin (1865–1917) was born. Sütterlin created the now famous poster for the Berlin Industrial Exhibition of 1896. The artist is best known, however, for designing the old German handwriting script (Sütterlin script or Sütterlin). In 1911, Sütterlin was commissioned by the Prussian Ministry for Culture to create a modern handwriting script that would set a basis for school children. His script of wide curves and sharp angles was taught in German schools from 1915 to 1941 (it became a national standard in 1934).
#Sütterlin #script #PosterArt #Berlin #VintagePoster #VintagePosters https://goo.gl/YC5rQA https://goo.gl/GXcrV8