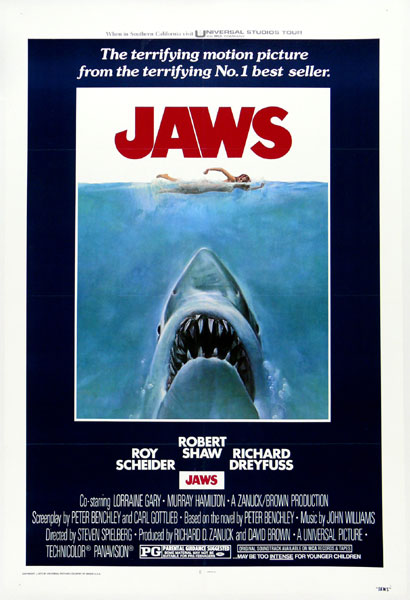 Today in History: Jaws is released in 1975
Forty years ago today, Steven Spielberg’s thriller Jaws opened in theaters across the United States and made numerous viewers afraid to go in the water for the remainder of that summer (and for some, many summers after that). The story was about a man-eating great white shark attacking people at a New England summer resort town. The movie became an immediate blockbuster and the highest-grossing film in history at that time (until the release of Star Wars in 1977). https://goo.gl/GXcrV8