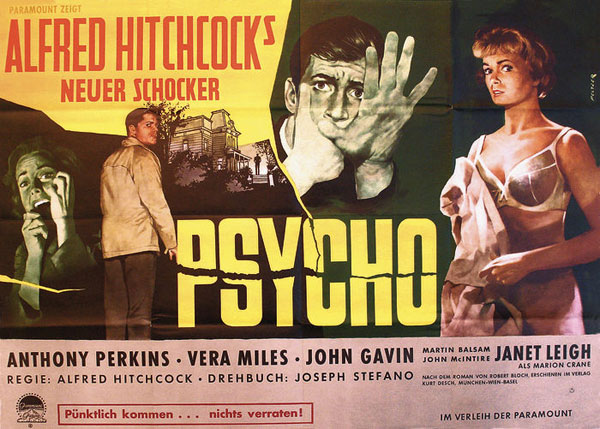 Today in History: Alfred Hitchcock’s Psycho released 1960
55 years ago today, Alfred Hitchcock’s iconic horror film Psycho was released (in New York City). The Oscar-nominated psychological thriller, which caused controversy with film censors around the world, was first shown in cinemas in 1960 and was so successful that it was re-released in 1965. Famous for it’s shocking shower scene, people queued in long lines to see the film, which had a strict ‘no late admissions’ policy imposed by Hitchcock himself.
#Psycho #AlfredHitchcock #VintagePoster #VintagePosters https://goo.gl/YC5rQA https://goo.gl/GXcrV8